WARREN, NJ – When does a soccer club become more than a soccer club? That’s the question the Board of Directors of Watchung Hills Soccer Association/NJ Elite asked itself. Recognizing the commitment players make to their own soccer development and to the Club, the Board created a set of core values and is launching initiatives to support those core values.

Striving to inspire youth both on and off the field to be better people and players, focusing on player development and the love of the game, and helping to empower members to be positive and skilled athletes,“We believe in developing model citizens, not just great soccer players. We believe education and community service are paramount to lifelong success,” the club’s mission states.

Frank Sena, President of Watchung Hills SA/NJ Elite explains. “Unfortunately, youth soccer in the United States has become a big business. Too many clubs are making decisions from a financial point of view. There is an inherent conflict between meeting obligations to investors/owners (profit) versus obligations to players (development and safety). Sadly, in most clubs, the players lose. As a non-profit organization, we are in a unique position to adopt a different approach.”

The club established seven core principles to support club members as people and not just players.

“The skills required to succeed in soccer, in a team environment translate off the field as well.” said Mark Lowdon, Director of Coaching. “The implementation of these core principles allows us to help players develop both on and off the soccer field. On the soccer field, we’ll continue to provide superior coaching, training and facilities. Off the soccer field, we’ll help our players develop into model citizens and future leaders within the community. We hope that players will see the example the club is setting and realize success is not only defined by winning.”

Watchung Hills SA and NJ Elite abide by a set of core values that is at the heart of everything they do. They seek to instill these values in all players and expect everyone in the WHSA and NJ Elite family (players, coaches, trainers and supporters) to abide by these standards.

…developing players with passion and purpose

…acting with integrity and respect

…helping players achieve their potential within a team environment

…building teams that are greater than the sum of their parts

Going forward, every club decision will support of one, some or all of the principles identified. Several exciting new initiatives will be announced that are a direct result of this new approach to youth soccer.

WHSA recently launched a service club, with 65+ founding members, focusing on two of their core values.

“We are extremely excited to launch the service club and the interest has been overwhelming,” Sena said. “I am proud of the 65+ founding members who have registered and we look forward to the numerous service projects they will complete this year. As the soccer landscape continues to evolve in New Jersey, we believe our holistic approach to developing the entire athlete is unsurpassed. The service club is a further continuation of that approach.”

And being an active member in the service club may just help your college applications. “Based on our discussions with college admissions officers and coaches, high school players can distinguish themselves by actively participating in community service,” the club said.

About Watchung Hills SA : Over the past 42 years, WHSA has developed into one of the premier clubs in New Jersey. Our teams have enjoyed a winning tradition at the national, regional and state levels. In addition to developing outstanding soccer players, WHSA believes it is important to foster leadership, philanthropy and high academic standards across its membership. Watchung Hills Soccer Association (WHSA) and NJ Elite (NJE) provide outstanding soccer development and training for the youth players in our area. Professional trainers coach at every level of our program, starting at the recreational level through the elite division.

Since the start of the club in 1978, WHSA has served 31,027 youth soccer players from Long Hill, Warren, Watchung, Green Brook and the surrounding areas. 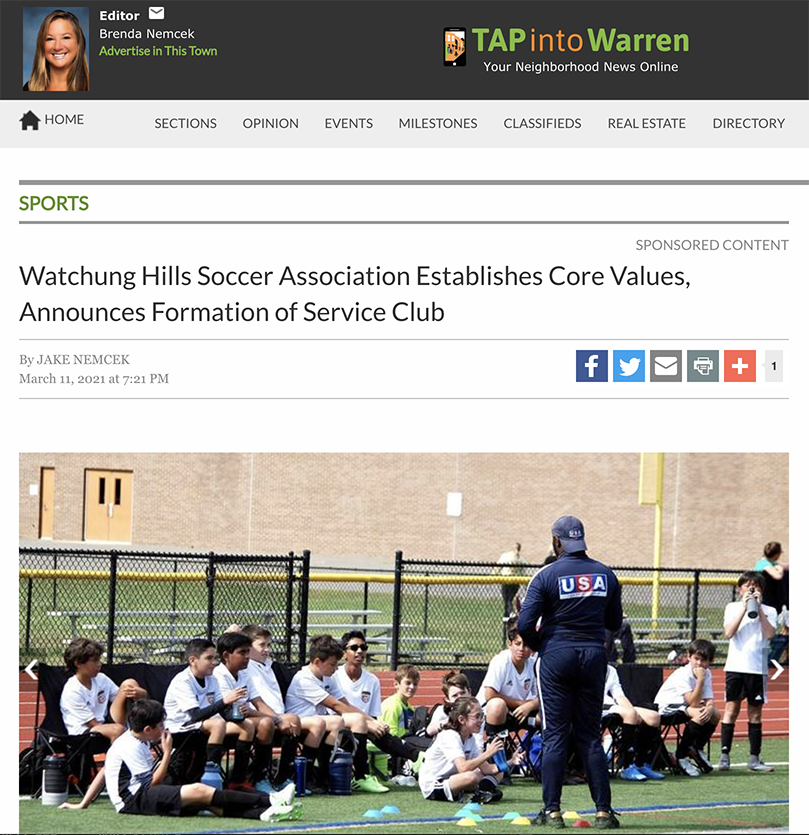 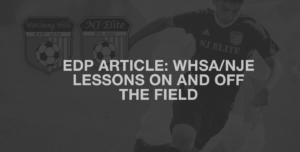 EDP Article: Watchung Hills SA/NJ Elite offers lessons on and off the field through its core values program

Sports, they say can offer many life lessons. Soccer certainly has their fair share of them.   But the Watchung Hills Soccer Association/NJ Elite club also has found an avenue for its players 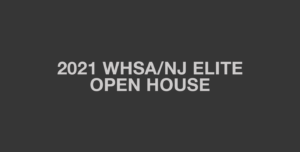 Our first VIRTUAL WHSA and NJ Elite OPEN HOUSE was a success!  LINK TO VIDEO If you didn’t have time to make it. Please feel free to watch the video 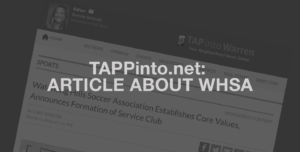